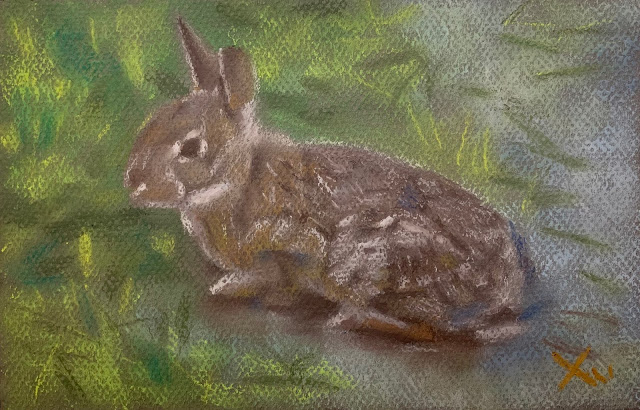 A cute bunny was spotted resting by a friend of mine when he was taking a stroll in the Crescent Park in Surrey, British Columbia. He took the photo of this adorable bunny without interrupting it. It was enjoying a quiet moment until my friend approached closer. Then it quickly ran away! It moved on to look for another peaceful spot. Maybe.

I decided to drive to the park the weekend after. I would like to if I may have the luck to find any bunny. There were lots of people in the park that weekend. I walked and walked for a long time. I also chose some paths that had fewer crowd. As a result, I still did not see any bunny. Maybe such animal could only be found and met when we do not pay attention at all.